206.8% increase in “get started” form submissions from organic traffic within 12 months

Here’s how the company’s process works: nonprofits sign up with Funds2Orgs and collect shoes from their supporters. Then, Funds2Orgs sends those shoes to developing nations to be repurposed, and finally, the nonprofit is issued a check from Funds2Orgs in exchange for the number of shoes collected. 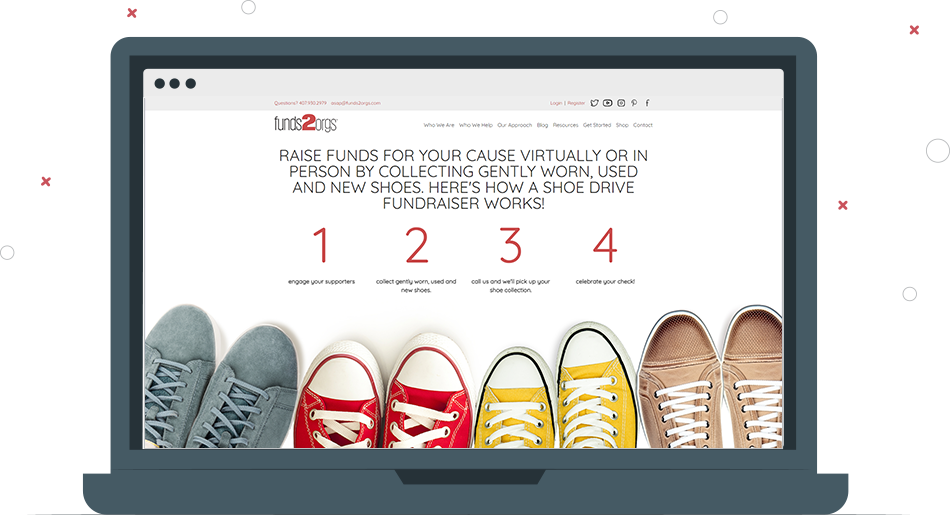 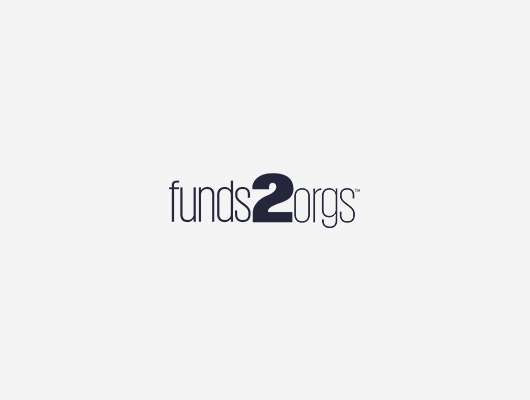 Funds2Orgs was started after a single shoe washed ashore from the Indian Ocean after the 2004 tsunami. Wayne Elsey, who is now the founder of Funds2Orgs, was inspired. He went on to establish one of the largest nonprofits in the United States. Backed by his organization’s supporters, he provided more than 20 million pairs of shoes to people in need after natural disasters (including those impacted by the tsunami).

Elsey decided his work wasn’t done and created Funds2Orgs, a sustainable shoe drive fundraising provider that focuses on creating micro-enterprises in developing nations while helping nonprofits raise money for their missions in their own communities.

Funds2Orgs had a smart business plan and a philanthropic goal but still needed an effective marketing plan. They had been burned by marketing vendors in the past who overpromised and underdelivered.

Funds2Orgs needed a marketing team who understood the K-12 and nonprofit sectors. They needed someone who specialized in inbound marketing, lead generation, and organic search engine optimization. In 2018, Funds2Orgs found Nexus Marketing. Nexus Marketing provided all that they needed and more, making their partnership a perfect match.

Ranking keywords on page one of Google.

At the beginning of the engagement, the Nexus Marketing and Funds2Orgs teams worked together to develop a strategy focused on creating new content targeting keywords with high industry value. The second part of the strategy involved driving additional traffic to those pages.

Nexus and Funds2Orgs developed a marketing strategy centered around:

Nexus Marketing leveraged relationships in the K-12 and nonprofit spaces to help Funds2Orgs market their brand to relevant audiences.

Between effective keyword targeting, working to drive more traffic to these pages, and strategic call-to-action placement, Funds2Orgs saw a dramatic increase in sign-ups from their website.

Nexus Marketing understands the work it takes to drive an audience all the way through the conversion cycle. The Nexus team walked through each step of this cycle with Funds2Orgs to drive traffic, develop the brand name, and ultimately drive greater conversions in a sustainable way.

What our customer is saying 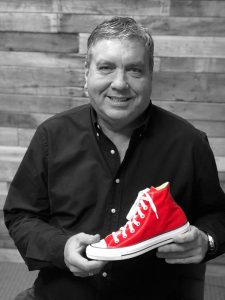 “Nexus Marketing made an exceptional marketing partner for our team. They’ve had an incredibly positive impact on our business and we’d recommend them to anyone looking to get in front of a school or nonprofit audience.”

Have a Project in Mind?

Let’s talk. This could be the start of something beautiful.